While pursuing backcourt help as the NBA trade deadline approaches, the Clippers on Monday received a boost from a guard already on their roster.

The performance sparked a comeback and ignited a question: With the postseason looming fewer than 30 games away, could Luke Kennard’s skill set fill some of the gaps the team is seeking to fill?

As part of the all-reserves lineup that entered with the Clippers behind by 21 points against Atlanta midway through the third quarter, Kennard scored 20 points on eight-for-eight shooting amid the 119-110 comeback victory. He is the first player in team history with at least 20 points, seven rebounds and four assists in fewer than 20 minutes and called it one of his most enjoyable games.

“Not even just NBA, but just playing basketball,” he said on a postgame videoconference. “It’s top two, if it’s not at the top. That was a lot of fun. The group that was in, it was hearing the guys on the sideline, the way that they were cheering us on as we made that run. That’s just what team is all about.”

When the Clippers traded for Kennard in November and signed him one month later to a four-year extension worth $56 million guaranteed, and up to $64 million with incentives, it was in hopes he’d generate those kind of game-altering performances.

The Clippers were supportive of Kennard as he transitioned to a new team while returning from bilateral knee tendinitis — an injury that combined with the pandemic-interrupted last season cost him a calendar year of NBA games — but when he still wasn’t displaying the urgency and aggression both he and the team expected, the Clippers last month placed their trust instead in reserve guards Reggie Jackson and Terance Mann.

After averaging 22 minutes per game in his first 29 games, Kennard has averaged 11 minutes in his last nine appearances, a five-week span that also includes five games in which he didn’t appear despite being healthy.

“It’s a long season,” teammate Kawhi Leonard said. “Even if you don’t play in the regular season, you might have a spark in the playoffs and might win a series. It’s one of those games tonight where he comes in and goes eight for eight and he sparks the energy for everyone.”

Asked whether Kennard’s performance could help him earn a place back in the regular rotation, coach Tyronn Lue agreed but didn’t want to commit to specifics.

“I am so happy for Luke Kennard just staying ready, the way he’s performed the last four games he’s played, he’s definitely earned — he’s earned something,” Lue said. “When he came into the locker room, the guys poured water all over him and jumped up and down for him. Everyone loves Luke.”

And the Clippers would love if Kennard could help unlock the kind of consistency that has eluded the team the last month. Some league observers see the team’s area of need as the same as last season — a playmaking guard who can direct traffic and give top scorers Leonard and Paul George the greatest chance to succeed in a half-court offense.

Kennard isn’t a traditional point guard, a class that includes reported trade targets Ricky Rubio of Minnesota and George Hill of Oklahoma City. But Kennard has operated with the ball in his hands since he was Ohio’s leading all-time prep scorer and was considered a better playmaker in Detroit than his production suggested. He’s also shooting 48% on three-pointers this season.

Lue in recent weeks has repeated his view that offense isn’t what concerns him — defensive consistency does. The issue is exacerbated by the injuries to starting center Serge Ibaka and guard Patrick Beverley, but Leonard said that wasn’t an excuse.

“We just got to stay focused on what we need to do with ourselves and it’s between our ears,” he said. “We’ve got to be smart and be ready to play hard from start to finish.”

Just as has been the case of interim starting point guard Jackson, Kennard wouldn’t represent an overnight defensive fix. The Clippers have given up 4.8 more points per 100 possessions when he is on the floor versus off, though few of those minutes have been spent alongside the team’s best defenders. He was part of a bench defense Monday that harried the Hawks into just 22 points over the final 18 minutes.

Though the Clippers shopped reserve guard Lou Williams before the season began, he’s not anticipated to be dealt by Thursday’s deadline. Still, if guards are traded to bring another, it could either clear a path for a larger role for Kennard or keep him in the holding pattern he’s grown accustomed to over the last month.

“I trust our coaching staff, I trust what we are doing, I trust our entire team,” Kennard said. “I am not trying to fight anybody for minutes, trying to earn something. I am playing basketball, I am doing what I am supposed to be doing, working hard, and trying to help us win in any way I can.”

Update: Neither Beverley nor Ibaka is with the team in San Antonio for this two-game trip as they continue injury rehabilitation in Los Angeles. … This is the first of two matchups in two nights against the Spurs (22-18), who are 5-9 at home against Western Conference opponents. … Though the Spurs turned the ball over 14 times in their loss Monday to Charlotte, which led to 22 points for the Hornets, they’ve committed the league’s fewest turnovers (11.4 per game) and own the fourth-lowest turnover percentage; the Clippers (28-16) rank third and fourth in those categories. … San Antonio is 0-7 this season when scoring fewer than 100 points. … DeMar DeRozan is averaging a team-high 20.6 points per game. 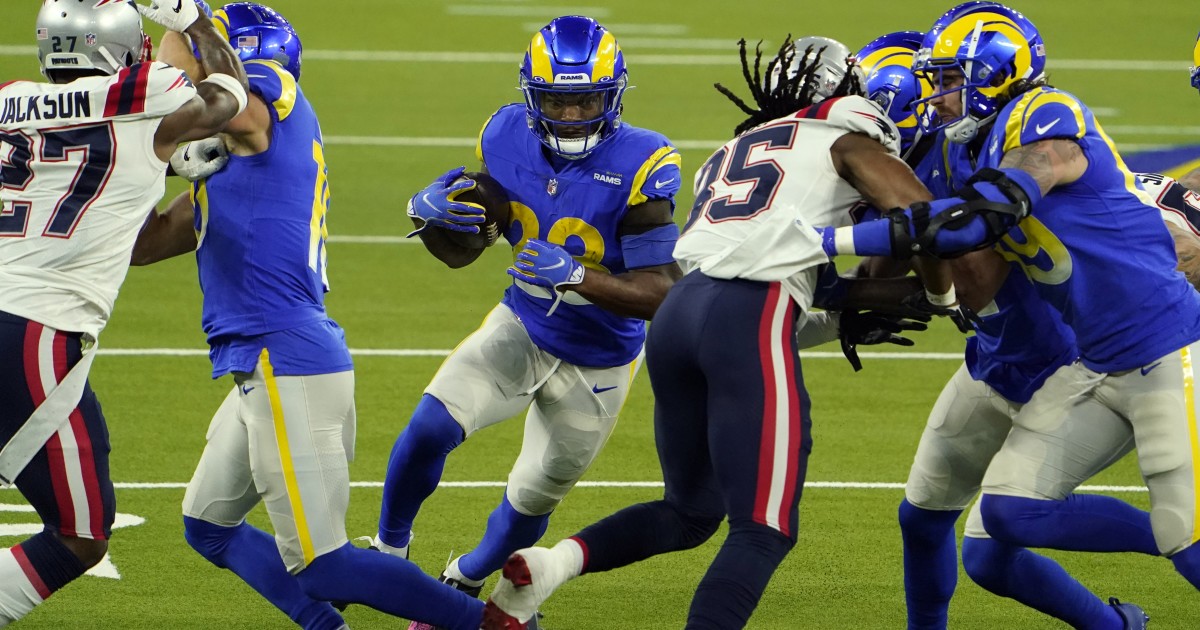 This may interest you :
Cam Akers runs to front of the Rams’ running back rotation
He has carried the ball 50 times in the last two games.But…