Lynn Williams is arguably one of the 10 best players in the world at her position, good enough to start for any women’s national team — except, perhaps, for the one on which she plays.

The U.S. is so stacked at forward Williams, the top American scorer in NWSL history, might be no better than sixth on the team’s depth chart. And that’s a problem since coach Vlatko Andonovski is unlikely to take more than five forwards to Tokyo for this summer’s Olympics.

Williams was caught in the same numbers game two years ago when she was among the last players cut from the team that went on to win a second consecutive World Cup. And that slight, while painful, not only changed the way she sees her career, but also might have improved her chances of succeeding this time.

“I was sad that I didn’t make the World Cup team. But I think, looking back, it was a blessing in disguise for my mental growth,” said Williams, 27, who will be looking to stake a claim to a spot on the Olympic roster in the four-team SheBelieves Cup, which kicks off Thursday in Orlando, Fla., with Brazil facing Argentina and the U.S. meeting Canada.

“For the longest time it was national team or bust. As a young player you sometimes can wrap your whole identity with soccer. And when I didn’t make that roster, I realized that you kind of have to separate the two. I am Lynn the soccer player but I’m also Lynn the aunt. I’m a daughter, I’m a sister, girlfriend. I’m obviously disappointed when I’m not in favor, but I’m also just enjoying the journey.”

Embarking on what she hopes is a journey to Tokyo, she is locked in a fierce battle for playing time with two-time World Cup champions Alex Morgan and Christen Press and former world players of the year Carli Lloyd and Megan Rapinoe. Add talented newcomer Catarina Macario, and veterans Mallory Pugh and Tobin Heath — who both will miss SheBelieves because of injuries — and the competition is at least seven players deep.

“I can say that about any position on this team — or just this whole team in general,” said Williams, a Hermann Trophy (awarded to top player in the country) finalist as a senior at Pepperdine. “That’s what makes this team so unique and beautiful. Every day, every training, every moment you have to be on and you have to be consistent.

“When it comes down to picking the team, it’s going to be who’s in form and also who is healthy.”

Williams is certainly in form. Last year she had six goals and two assists in nine NWSL games with the North Carolina Courage and led the national team with six assists, in addition to three goals. A third of those national team totals — a goal and two assists — came in the final game of the Olympic qualifying tournament, a 3-0 win over Canada.

But Canada, ranked eighth in the world alongside Brazil, will have a new look in Orlando. Christine Sinclair, international soccer’s all-time leading scorer, and midfielder Diana Matheson, second on the team in games and assists, didn’t report to camp because of injury. Goalkeeper Erin McLeod got hurt in training. Defenders Kadeisha Buchanan and Ashley Lawrence and forward Jordyn Huitema were not released by French clubs.

The team also has a new manager in 34-year-old Bev Priestman, a former Canadian youth national team coach and the top assistant for England in the last World Cup. The opener will be her first as manager and it comes against a top-ranked U.S. team that has beaten Canada 50 times, most of any country, with the last lost coming in 2001.

“That’s great,” said Andonovski, 44, who is perfect in 13 games as the U.S. coach. “But what I’m focused on is to make sure they don’t beat America tomorrow.” 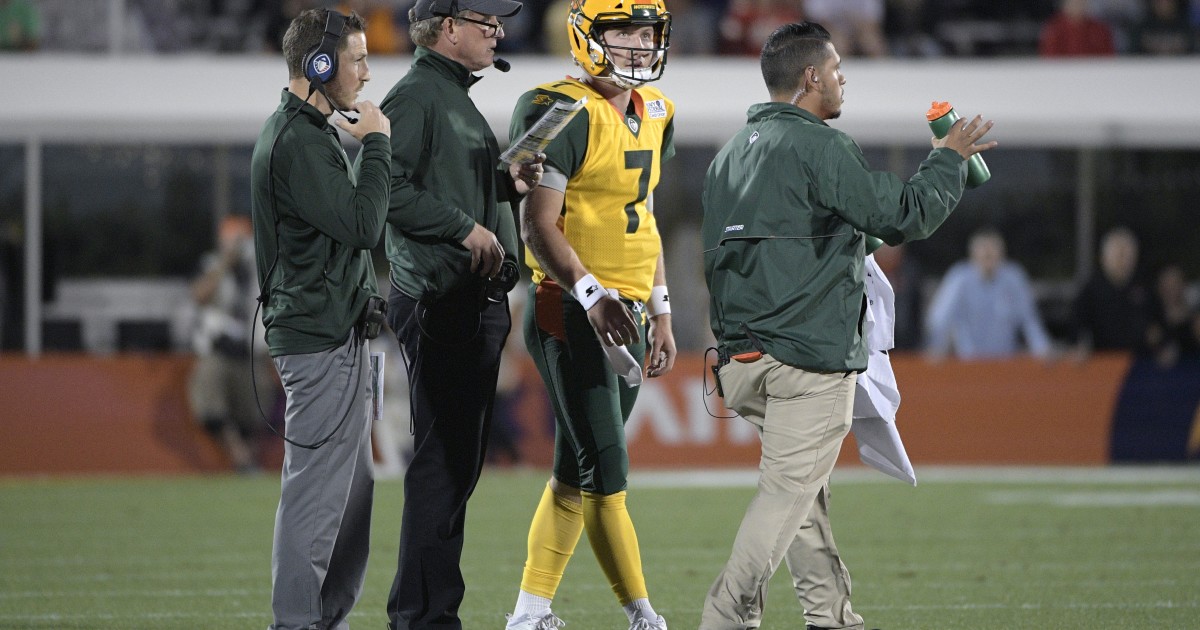 This may interest you :
Rick Neuheisel says Rams backup QB John Wolford will be hero
A desperation heave by the Rams. A human Hail Mary.That’s how a…