Rams coach Sean McVay smiled and then let out a whistle of excitement, and possibly relief, when asked about how kicker Matt Gay has helped his team.

“Woo. I’ll tell you what, it’s been huge. Man, he’s Mr. Automatic, as of late,” McVay said. “I think that’s something that you don’t take for granted. He’s done a great job and it looks like we found our guy for a long time, really for the future.”

It’s a luxury the Rams didn’t have earlier in the season, and one they might depend on in their NFC divisional-round road playoff game Saturday against the Green Bay Packers.

Forecasts call for temperatures at Lambeau Field for kickoff to be 20-30 degrees, with 5-10 mph winds and a 24% chance of precipitation. With the Rams quarterback situation in flux, every offensive series becomes more important, and drives might end in field-goal attempts rather than touchdowns. Gay said he is ready for the challenge.

“I feel it’s just a mentality,” Gay said. “It’s something you have to brace your mind for before you go up there. Just trusting yourself, treating it like you would any other game and then when you get up there, just make the adjustments.”

Gay grew up and played college football at Utah, so cold weather is something he’s accustomed to, he said. The coldest temperature he remembers playing in was about 10 degrees, he said. He’s hoping the familiarity in that climate will help him perform well and add to his successful season.

Gay is the team’s third kicker since training camp. The team cut rookie Sam Sloman in October after he missed three field-goal tries and three extra-point tries in seven games. He also struggled with kickoffs. The Rams then relegated his replacement, 33-year-old Kai Forbath, to injury reserve a month later after he hurt his ankle at home against the Seattle Seahawks. He appeared in only two games, converting two of three field-goal attempts and four of five extra-point attempts.

In his first game, Gay kicked a 40-yard field goal with a little more than two minutes remaining against the Tampa Bay Buccaneers, his former team, to put the Rams up 27-24. Safety Jordan Fuller then intercepted a pass from Tom Brady to preserve the lead and the win.

So far, Gay has missed only two field-goal attempts and converted all 19 of his extra-point attempts.

“We’re thankful for him,” receiver Robert Woods said. “He’s just been consistent and able to knock them down. He’s putting up points for us, and we’ll need him to stay that way.”

Punter Johnny Hekker, who also acts as holder, said he and Gay developed a good relationship. They texted during his onboarding process and now spend the majority of practices together.

“He’s a steady guy,” Hekker said. “He’s funny and likes to crack jokes. He’s a guy that’s got good energy to him, is attentive in meetings and then on the field when it’s time to kick, he’s about his business and is a true professional in that regard.”

Hekker said the cold weather shouldn’t affect their process. He doesn’t plan to wear gloves, but said the elements might make him focus more on catching the snap cleanly. The Rams’ facility in Thousand Oaks also experiences wind, he said, so he thinks he and Gay will be prepared.

“It’s awesome to have confidence in a guy that we have in Matt,” Hekker said. “It just puts the mind at ease and allows us to fully utilize that position and in a way that we can be attacking. We just have full confidence every time we send him out there that no kick is too big or too far away and that he’s got the leg strength and the ability to split the pipes.”

How the Rams’ kickers have fared this season. Read also : Plaschke: Hoping for fans in stands, other 2021 sports wishes. Gay’s numbers include one playoff game in which he made all three field-goal and point-after attempts: 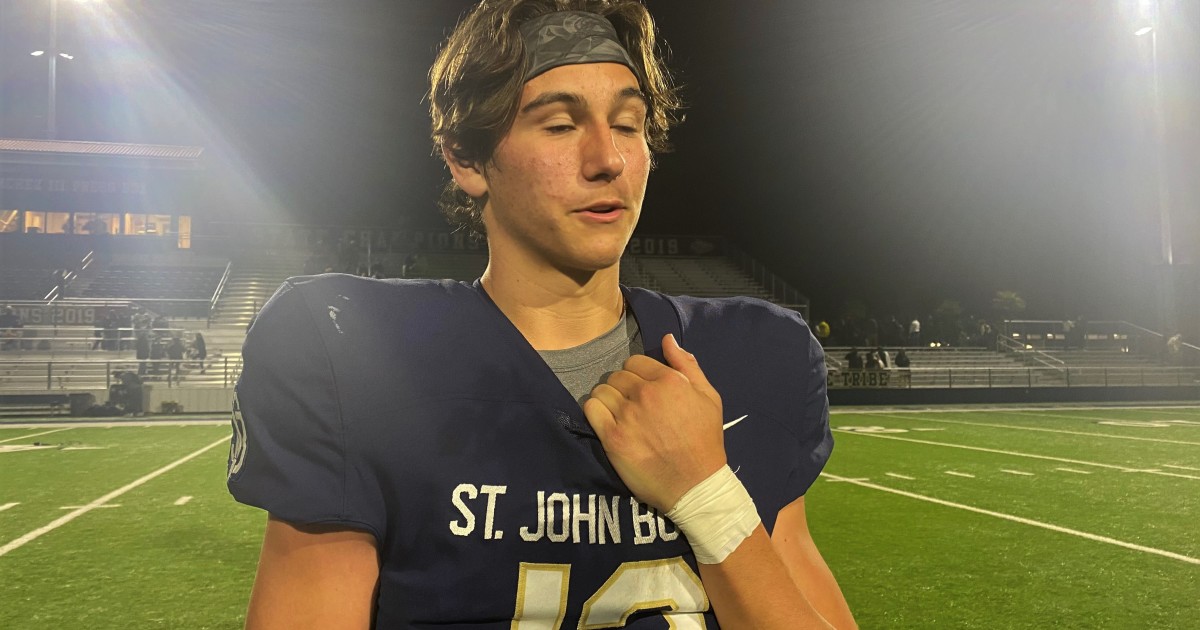 This may interest you :
St. John Bosco dominates in second half, beats Sierra Canyon
With two talented quarterbacks, plus the fastest running back in California, Bellflower…