Playing alongside defensive tackle Aaron Donald in each of Donald’s seven seasons with the Rams, lineman Michael Brockers had seen pretty much everything.

Brockers enjoyed an up-close look at the preparation, speed, strength and moves that helped Donald win two NFL defensive player of the year awards. He witnessed the production that resulted in All-Pro recognition for Donald six seasons in a row.

Last week Brockers, a ninth-year pro, saw something he had never seen before.

In the third quarter of the Rams’ NFC wild-card victory over the Seattle Seahawks, Donald suffered a rib injury that knocked him out of the game.

“At first it was just like, ‘Dang,’ you know, you didn’t know that Superman could get hurt,” Brockers said Wednesday during a videoconference with reporters.

Brockers initially thought Donald might be joking, but it soon became clear that the injury was more than a case of getting the wind knocked out of him.

Despite the wound — which McVay and the Rams have declined to specify beyond involving a rib — Donald almost certainly will play on Saturday against the Green Bay Packers in a divisional-round playoff game at Lambeau Field.

“It’s only Wednesday,” Donald said during a videoconference. “We got till Saturday. I’m not too worried about it.”

Neither are Brockers and McVay.

“When you got guy like that who loves the game and is passionate about the game, I have no doubt he’s going to show up Saturday ready to go,” Brockers said.

Said McVay: “I definitely would never bet against this guy. … It sure seems like a person that has every intent to be full speed ahead on Saturday.”

Since the Rams chose him with the 13th pick in the 2014 draft, the 6-foot-1, 280-pound Donald has amassed 85½ sacks and displayed remarkable durability. He said Wednesday that he has experienced a few minor physical setbacks but nothing like the current situation.

Donald had 13½ sacks during the regular season, which ranked second in the NFL. He added two more against the Seahawks.

Donald could be on his way to joining Hall of Fame linebacker Lawrence Taylor and Houston Texans lineman J.J. Watt as the only players to win three defensive player of the year awards.

But he has said his only goal is to win the Super Bowl.

On Wednesday before practice, Donald said he had worked out and was in no pain. The only thing that appeared to cause him discomfort were multiple questions from reporters about his injury.

“My damn side’s just sore,” he said, chuckling in exasperation. “I’m good, though.”

Donald declined to say if he would wear extra equipment for protection in a game that is expected to be played in temperatures in or below the 30s.

“I don’t know,” he said. “All I can tell you right now is I feel good. I feel strong, and I’ll be ready come Saturday.”

The Packers are expecting to see Donald.

“Obviously, a first-ballot Hall of Famer,” Packers quarterback Aaron Rodgers told reporters. “Just one of those special talents that we haven’t seen a whole lot of in this game in the history of the game.”

Packers coach Matt LaFleur was on the Rams’ staff in 2017, when Donald won his first player of the year award. Donald’s talent cannot be fully appreciated until one is required to game-plan against him, LaFleur said.

“He’s a freak,” LaFleur said. “He’s a once-in-a-lifetime type player, so I assume he’ll be ready to go.”

Donald said he would follow the advice of trainers this week.

“Just be cautious, be smart,” he said. “I’m not trying to tweak nothing. Make sure come game day I’m ready to go.”

McVay gave no update on who would start at quarterback, saying he was “taking it one day at a time.” Jared Goff (thumb) was a full participant in practice, according to the injury report. Goff wore gloves during the portion of practice open to reporters. He threw passes without any noticeable discomfort in his surgically repaired right thumb. On the same subject : Giants coach Joe Judge suggests Eagles disrespected the game. John Wolford (neck) did not practice. Receiver Cooper Kupp (knee) did not participate but McVay said Kupp could play Saturday without practicing this week. Offensive lineman David Edwards (ankle) did not practice. 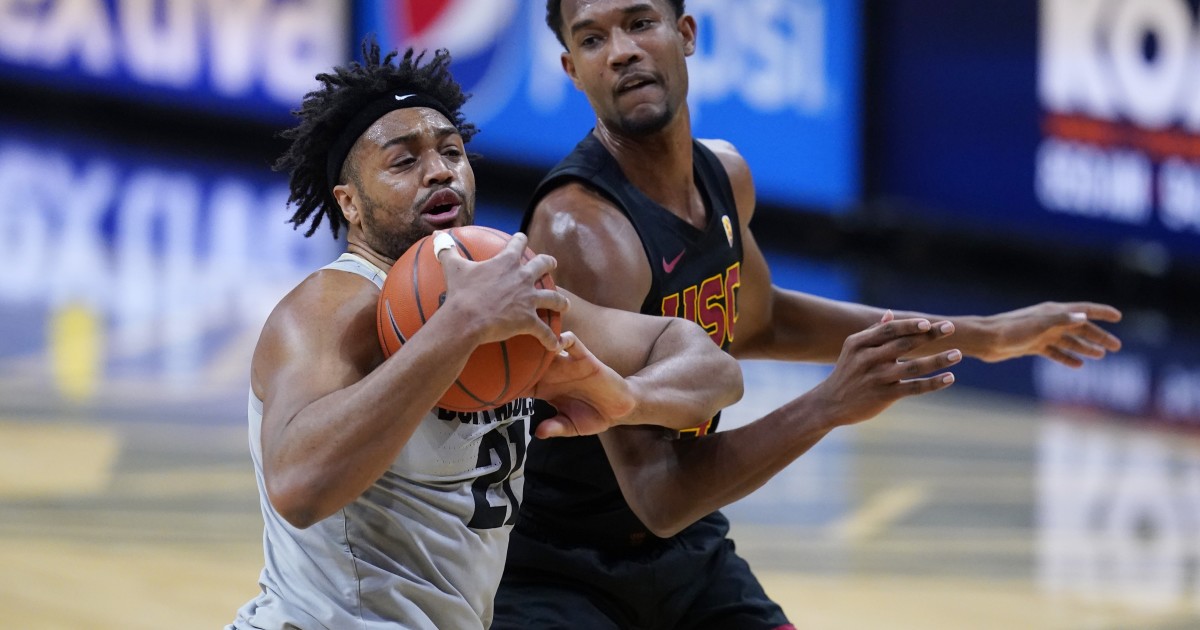 See the article :
No. 19 USC loses grip on Pac-12 title with loss to Colorado
USC knew it would need to hold on for dear life if…