With a 9-4 record and a postseason berth within reach, the Rams have much to feel good about.

They are in first place in the NFC West. The defense is ranked first in the NFL in fewest yards allowed per game, and the offense is in the top five in yards gained.

All of that has been achieved by a team that has not won more than two games in a row.

On Sunday, the Rams will have their best chance of finally putting together an extended winning streak — and clinching a playoff spot — when they play the winless New York Jets at SoFi Stadium.

“I don’t think there’s a better time to get on a streak than in December when you’re playing meaningful games and trying to carry some momentum into January, so I do think it’s important,” coach Sean McVay said Monday during a videoconference with reporters.

The Rams are coming off victories over the Arizona Cardinals and New England Patriots that were achieved in a five-day span. The Jets fell to 0-13 on Sunday with a 40-3 loss to the Seattle Seahawks.

McVay said that he has talked “over and over till I’m blue in the face” about the need for consistency, so Sunday’s game offers the Rams an opportunity to demonstrate some before playing division games against Seattle and Arizona.

“We’re seeing signs of consistency over the last couple of weeks, and now let’s see if we can get our third win in row,” McVay said.

During three previous seasons under McVay, the Rams showed they were capable of extended streaks.

In 2017, during their first run to the playoffs since 2004, the Rams put together a midseason four-game winning streak.

The next season, the Rams won their first eight games and also had a three-game winning streak en route to a second consecutive NFC West title and an eventual Super Bowl appearance.

Last season, the Rams won their first three games. But thereafter they never won more than two games in a row and finished 9-7 and did not qualify for the playoffs.

Rams wide receiver Robert Woods said the Rams would not look past the Jets, who rank 30th in total defense and 31st in passing and scoring defense.

“We know their ranking, but it’s the NFL,” he said. “Each and every week is different.”

Woods has experience playing against a struggling opponent late in the season. In 2014, Woods played for a Buffalo Bills team that was contending for a playoff spot when it played the 2-12 Oakland Raiders.

The Raiders ended the Bills’ playoff hopes with a 26-24 victory.

“So I don’t really take anybody for granted,” Woods said.

“The difference between winning teams and losing teams is razor thin,” he said, adding, “There’s too many great football players and too many great coaches in this league to ever take any team for granted.”

McVay reiterated Monday that he trusts his team’s maturity and that players would not look past a Jets team that lost to the Raiders on Dec. 6 on a long touchdown pass with five seconds left.

“We always talk about your temporary goals and then your big-picture goals,” McVay said. “For us, even [Monday], you say, ‘Hey, are we in the playoffs yet?’ The answer is no.

“We accomplished a winning season, and that’s all good and well, but that’s not the goal. … There’s a lot of things that we still want to try to accomplish as a team, but the only thing we can accomplish this week is ensuring ourselves an opportunity to get into the postseason and that’s by getting our 10th win.”

Tight end Kendall Blanton, a member of the practice squad, was placed on the reserve/COVID-19 list, the Rams announced. Blanton was on the list briefly in mid-November but came off it a few weeks ago. Blanton is the second practice-squad player in the last week to be put on the reserve/COVID-19 list. Outside linebacker Jachai Polite was placed on the list Saturday. … The Rams’ Dec. 27 game against the Seahawks in Seattle will kick off at 1:25 p.m. on Fox (Channel 11), the Rams announced. The game was previously scheduled to kick off at 1:05 on CBS (Channel 2). … McVay said outside linebacker Terrell Lewis (knee) would be monitored this week before making a determination about his status for Sunday’s game. McVay said he anticipated no change in the statuses of linebacker Micah Kiser (knee) or Taylor Rapp (knee), who remain on injured reserve. 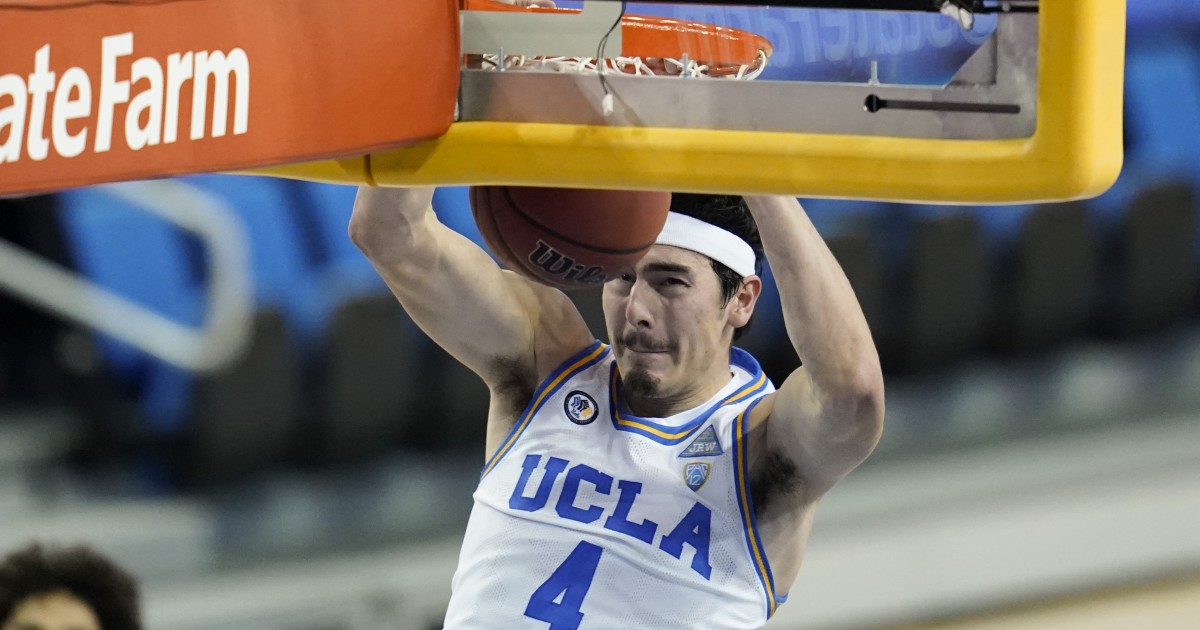 On the same subject :
With March Madness near, UCLA in survive-and-advance mode
It’s the phrase that sparked a remarkable run one year ago, saving…