Among the Chargers’ secondary players — or the “JackBoyz,” as they’ve nicknamed themselves — the conversation in the locker room wasn’t Michael Badgley’s game-winning kick. It wasn’t about the clock management issues or the offense’s surgical late drive to get in field-goal range.

It was about the unit’s ability to finally close a game instead of being the reason for a loss.

“Just knowing that we came out of that game and we affected the outcome of that game,” safety Rayshawn Jenkins said. “It’s always nice to know that you did your part and you helped your team have some success.”

Davis’ interception with 36 seconds left gifted the offense the ball on its 33-yard line. The defense then watched from the sideline as quarterback Justin Herbert engineered a six play, 49-yard drive to set up Badgley’s kick.

For a team that has struggled since last season to effectively finish close games, the moment served as a glimpse of what it feels like to be on the other side of a nail-biting fourth quarter.

Since Atlanta wide receiver Julio Jones sat out with a hamstring injury, Ryan’s next go-to target was Calvin Ridley, who finished with eight catches for 124 yards and a touchdown. Late in the fourth quarter, Ryan targeted Ridley on an out route. Davis, who shadowed Ridley in man coverage, said he felt before the snap that route was coming, and jumped in front of the pass toward the sideline.

“I trusted my instincts and got the pick, the game-winning pick,” Davis said.

Ryan, a 13-season veteran who finished with 224 passing yards, also had a pass intercepted in the end zone by Jenkins in the third quarter, and was picked by Addae, who jumped in front of a curl route in the fourth quarter.

It was break from what had become the norm this season, as quarterbacks Patrick Mahomes, Tom Brady and Drew Brees each dissected the Chargers defense toward the end of games. Entering this week, the Chargers ranked 27th in the NFL in takeaways, an area coach Anthony Lynn said had been a weak point all season.

“It’s very encouraging because that is something that we needed to improve,” Lynn said. “It meant a lot to our football team today.”

At points this season, the offense and special teams also struggled in crunch time. Jenkins said the sequence between the interception, the offense moving downfield and the field goal showed the team is capable of executing in all three phases.

“Unfortunately, we haven’t been playing complementary football,” Jenkins said. “Together, we haven’t really complemented our plays. We need to make plays at the right times and moments, and it was good to see.”

On Sunday, receiver Tyron Johnson showed he isn’t a one-trick pony. This may interest you : Paul George on scheming with Kawhi Leonard to join Clippers.

Johnson, a former practice-squad player who runs a 4.3-second 40-yard dash, normally collects passes from Herbert on deep routes. His first career touchdown was a 53-yard bomb against the Tampa Bay Buccaneers, and he caught a 50-yard pass against the Las Vegas Raiders.

In three of the games he has played, his average yards per target were 50 or more.

But Sunday, he was targeted a career-high seven times and caught six for 55 yards, including a 12-yard touchdown.

His 25-yard catch-and run across the middle late in the fourth quarter put the Chargers in range for Badgley’s field goal. Lynn said the performance showed the receiver’s versatility and ability to run intermediate routes.

“He’s a deep threat but he is also a good runner when he catches the ball,” Lynn said. “He’s a young, developing wide receiver who’s going to continue to get better and better, and as Justin gains more trust in him, I’m sure he’ll get more targets.” 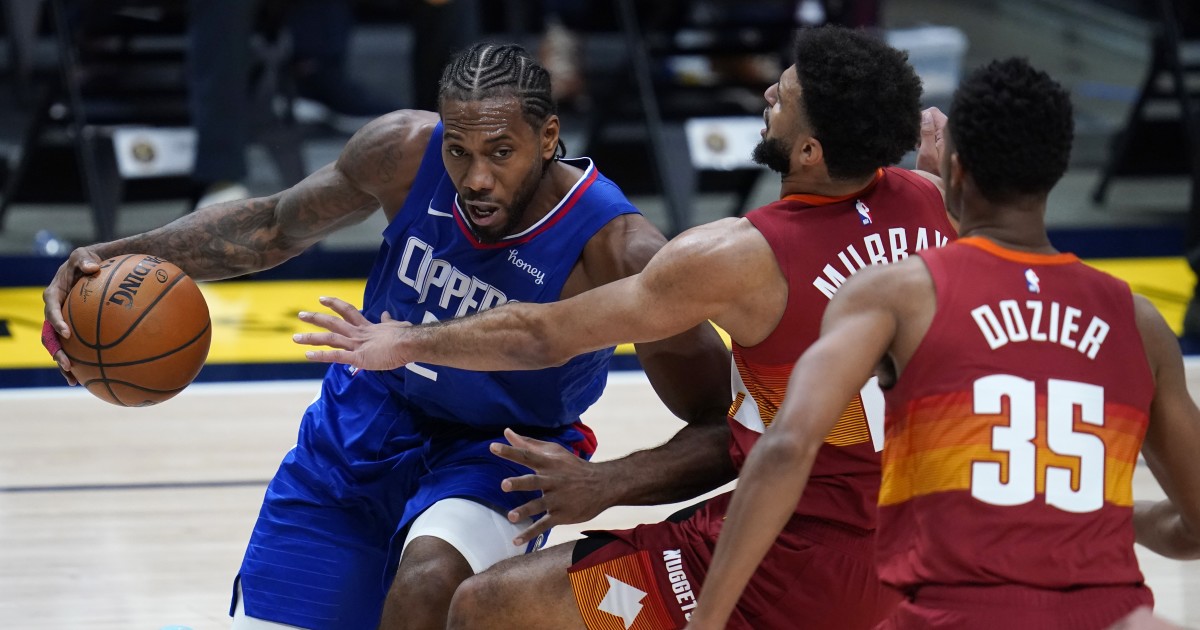 This may interest you :
Clippers’ Kawhi Leonard out against Mavericks, possibly longer
A lacerated mouth suffered during a Christmas victory in Denver will cause…