About a half-hour after his team took sole possession of first place in the Pac-12 Conference, Mick Cronin lowered his head, closed his eyes and rubbed his bald pate.

The virtual show of unease during a postgame videoconference with reporters wasn’t about UCLA’s inability to stop anyone off the dribble, take care of the ball or make open shots. Cronin had just been informed that Arizona gave up 87 points in a loss to USC, forcing the Bruins coach to contemplate all the ways in which Wildcats counterpart Sean Miller would make life miserable for his players to jolt them into playing better against UCLA.

“They’re going to be watching that film, and I’d imagine the practice, the meetings and what’s going to go on,” Cronin said late Thursday night, “so we will not catch them fat and happy, needless to say. That definitely will make it tougher on us.”

The last time UCLA saw Miller, he was emitting spittle on the sideline at Pauley Pavilion last February in a show of disgust with referees that resulted in his ejection from the second half of a loss to the Bruins, not to mention closeup pictures of his mouth circulating on Twitter.

That might have qualified as the good old days considering Miller’s perpetually beleaguered status, which remained unchanged in the wake of Arizona recently self-imposing a one-year postseason ban following the federal investigation into widespread corruption in college basketball. The Wildcats still face a slew of alleged NCAA violations that could lead to further sanctions.

Arizona (9-2 overall, 3-2 Pac-12) didn’t appear headed for one of its best seasons under Miller even before the team was assured of March sadness. As part of what seems like an annual roster overhaul, the Wildcats have struggled to sustain effort on defense, particularly when their shots aren’t falling.

“You get into a game where you can’t get a stop and you can’t make a shot, and it’s hard to keep fighting,” Miller told reporters after the loss to the Trojans. “And I don’t think we fought to the end. I really don’t. I thought it just became too hard. We were overwhelmed. And we gave in down the homestretch, which is disappointing and something that clearly we will fix.”

Cronin has his own lengthy list of needed improvements for a team that has won three consecutive games featuring tight finishes.

The Bruins (8-2, 4-0) still are trying to solidify their rotation after senior guard Chris Smith was lost for the season last week with a torn knee ligament. Junior guard David Singleton made a case for more playing time by making five of seven shots, including four of six three-pointers, in 29 minutes against Arizona State on Thursday night.

But UCLA is seeking more consistency out of point guard Tyger Campbell, who matched his season high with four turnovers to go with three-for-13 shooting against the Sun Devils, and to find shooting rhythm for Johnny Juzang or Jake Kyman. Touted as the team’s top shooters in the preseason, they’ve been jockeying with Campbell for the worst percentage from beyond the arc — Juzang making only 23.1% of his three-pointers compared to Campbell’s 24.1% and Kyman’s 26.3%.

Cronin already made one notable adjustment by having Singleton play more off the ball, freeing him for open shots that have led to an uptick in his three-point accuracy.

Against Arizona, Cronin’s biggest challenge could be getting his team to match the intensity of an opponent that’s playing as if it has nothing to lose because it already knows the ultimate fate of its season.

Update: The Bruins won’t be able to manhandle the Wildcats inside like they did outmanned Arizona State because Arizona features a far more imposing front line. Azuolas Tubelis, a 6-foot-11 freshman from Lithuania, scored a career-high 31 points against USC on Thursday, and 6-11 sophomore forward Jordan Brown is averaging 10 points and 5.7 rebounds. The Wildcats lead the Pac-12 in rebounding margin, grabbing an average of 10.36 more boards than their opponents. UCLA has won three consecutive games on the Wildcats’ home court and is trying to open Pac-12 play 5-0 for the first time since the 2012-13 season, when the Bruins went on to win the conference regular-season title. 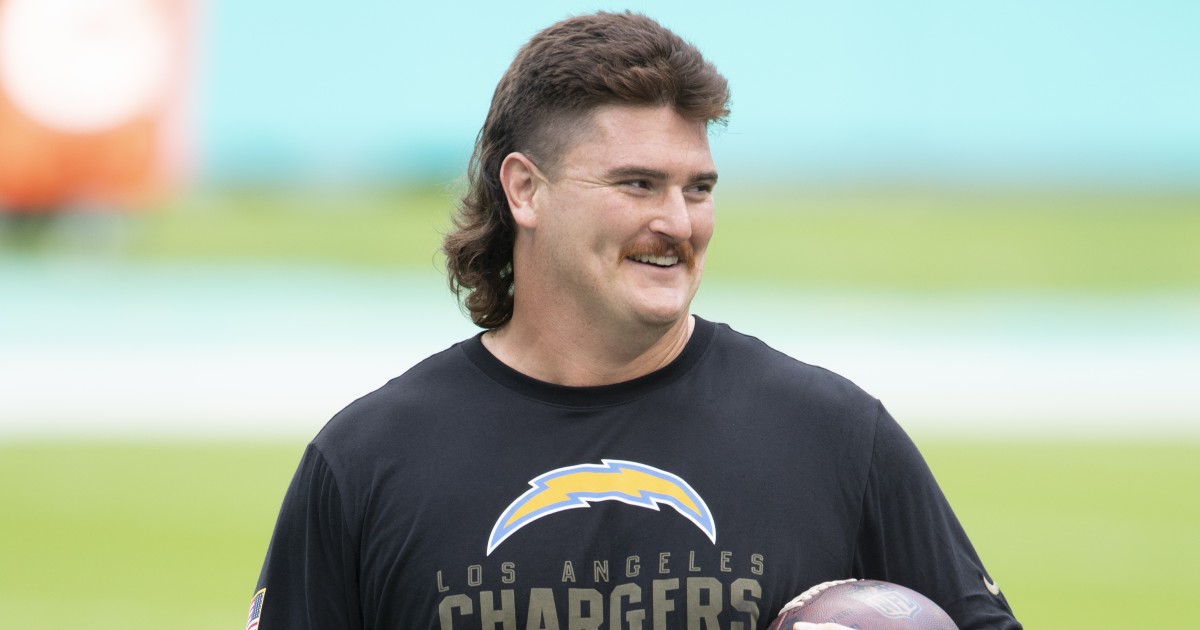 To see also :
Former Chargers center Dan Feeney joining the New York Jets
The turnover along the offensive front for the Chargers continued Thursday when…