Joe Lunardi, the ESPN college basketball analyst who becomes as ubiquitous as confetti falling inside arenas this time of year, listed UCLA as a No. 10 seed in his latest projected NCAA tournament bracket, bound for a first-round game against Wisconsin.

Jerry Palm, Lunardi’s counterpart at CBS Sports, placed the Bruins in a more precarious spot, as a No. 11 seed and one of his teams on the bubble.

That would be the wrong approach, according to Bruins coach Mick Cronin. He doesn’t want to leave Las Vegas without a title.

Fourth-seeded UCLA’s route to a title could qualify as something of a revenge tour, with top-seeded Oregon potentially waiting in a semifinal and either second-seeded USC or third-seeded Colorado probably bound for a possible championship matchup. The Bruins have lost to all three teams in agonizing fashion over the last two weeks, building late leads only to falter in the final minutes.

Cronin gave his players a rare two-day break to recharge before reconvening for practice Tuesday. Picked by the media to win the Pac-12, the Bruins finished fourth after losing Chris Smith to a knee injury in late December and Jalen Hill to personal issues that led to his departure in early February.

UCLA was also without leading scorer Johnny Juzang because of an ankle injury during its 64-63 loss to the Trojans last weekend, though Cronin said Juzang practiced Tuesday and would play against Oregon State barring a setback.

“It’s hard when you have high expectations and then you have injuries and you lose guys, so that’s tough,” Cronin said. “It’s tough on the kids. I wanted them to catch a mental break, realize this is a new season.”

With his team devoid of seniors, Cronin acknowledged being worried about the psychological toll that so many close losses in succession might take on a young team heading into the postseason. The Bruins probably would have beaten the Trojans on Saturday had either Jaime Jaquez Jr. or Jules Bernard made the front end of one-and-one free throws in the final 44 seconds.

“I’m concerned with their mind frame being fragile,” Cronin said, “so I’m trying to explain to them, ‘Look, we’re playing well, so nobody needs to be ashamed. We don’t take moral victories, but we don’t need to be ashamed, OK?’ You know, everybody’s missed a free throw. You’ve just got to try to make sure we’re ready to give our best effort on Thursday.”

Cronin said his players haven’t wallowed in their recent misfortune, noting that they were jovial upon reporting to the practice facility for COVID-19 testing earlier this week. If all goes well, the recent losses will fade in the rearview mirror amid a winning streak, going down as lessons learned.

It was a year ago this week that the sports world shut down amid the emerging pandemic.

Cronin said he suspected the Pac-12 tournament was endangered once Utah Jazz center This may interest you : Clippers rally but can’t stop late surge by Utah Jazz in loss.Rudy Gobert tested positive for COVID-19, leading to the cancellation of an NBA game. The Bruins found out the next morning that their conference tournament was canceled and boarded a flight home. When they landed at Los Angeles International Airport and turned on their phones, they learned that the NCAA tournament was off as well.

A year later, things are slowly returning to some semblance of normality, with a handful of conference tournaments already completed. A limited number of players’ family members will be allowed to attend the Pac-12 tournament.

UCLA forward Cody Riley said his mother, father and younger brother were traveling to Las Vegas to watch the Bruins.

“I’m just excited that we’re here again, able to go another round and compete in the tournament,” Riley said. 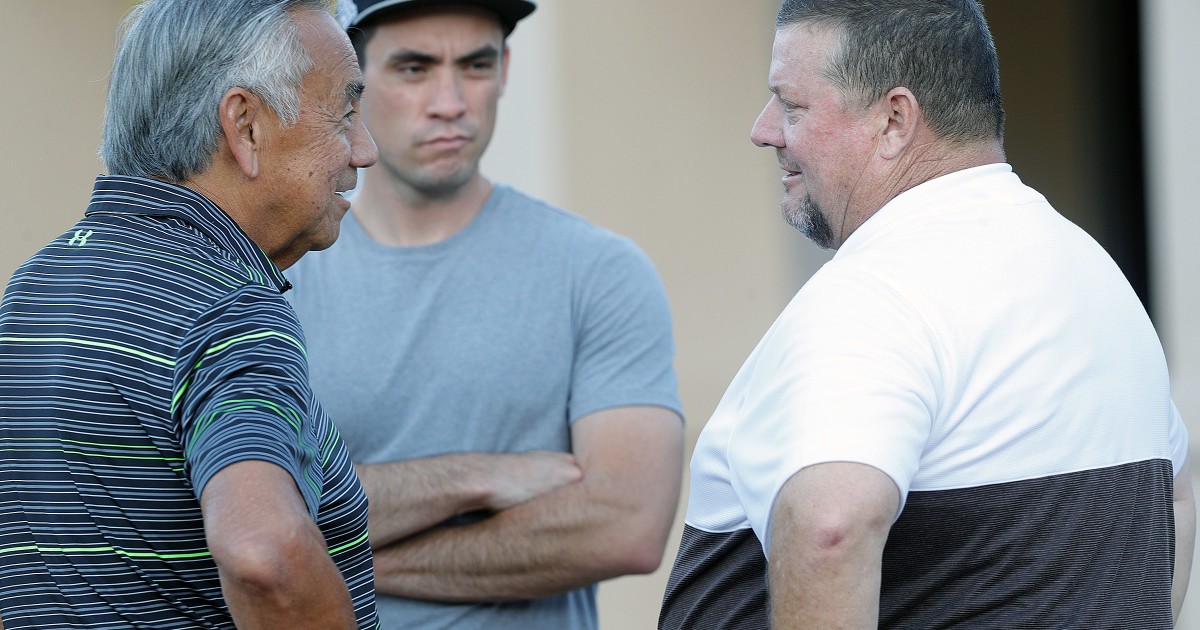 This may interest you :
St. Francis, San Clemente dedicate seasons to late coaches
With the high school football season beginning this month, players from St.…