Taylor Swift’s “Evermore” has been out for about 17 hours, and Swifties are already busy tying up all the invisible strings the enigmatic songwriter supposedly left for them to find.

Similar to her eighth studio album, “Folklore,” the pop sensation described her latest quarantine surprise on social media as a collection of “imaginary/not imaginary tales,” as well as “dreamscapes and tragedies and epic tales of love lost and found.”

Of course, her cryptic message begs the question, which epic tales on “Evermore” are “imaginary” and “not imaginary,” and what are they really about? True Swift fans know all too well that the Grammy-winning artist loves a good Easter egg and, thanks to Twitter, there are plenty of conspiracy theories to unpack.

Here’s a breakdown of what Swift’s loyal followers have puzzled out so far.

YOU’RE TELLING ME TAYLOR SWIFT IS DROPPING A NEW COTTAGECORE ALBUM ON THE SAME DAY AS EMILY DICKINSON’S BIRTHDAY CALLED EVERMORE WHICH IS HOW EMILY DICKINSON CLOSED ONE OF HER MOST ROMANTIC POEMS THAT SHE WROTE FOR HER LOVER SUE GILBERT???? pic.twitter.com/NYeIymeihc

Happy belated birthday, Emily Dickinson! Because Swift’s ninth studio effort was announced on Dec. 10 — the same date the trailblazing poet was born in 1830 — many believe its title is a salute to Dickinson.

Some also noted that Dickinson’s poem, “One Sister Have I in Our House,” ends, “From out the wide night’s numbers / Sue — forevermore!” Coincidence? Swifties think not!

Still dubious? In a recent interview with Entertainment Weekly, Swift explained that the woodsy cover art for “Evermore’s” sister release, “Folklore,” was inspired by the singer’s vision of a “girl sleepwalking through the forest in a nightgown in 1830.” And a bonus track on “Folklore,” titled “The Lakes,” mentions the Lake Poets of 19th century England. Dickinson, for the record, was American — but still.

‘Invisible String’ is tied to ‘Willow’

In the popular “Folklore” track “Invisible String,” Swift sings, “Isn’t it just so pretty to think / All along there was some / Invisible string / Tying you to me?” And in the magical music video for “Willow,” Swift follows a glowing, golden string to her true love.

Plus, several are of the opinion that the two tunes — which both rely heavily on acoustic guitar — complement each other musically, as well as visually.

‘Marjorie’ is an homage to Swift’s grandmother

My grandma was my BEST friend and the most amazing woman in the world. @taylorswift13 I’ll never be able to thank you enough for writing and sharing Marjorie with us.

This one really isn’t a theory so much as a fun fact about the 13th “Evermore” track, which is named after Swift’s late grandmother, Marjorie Finlay, an opera singer whose vocals are featured in the background of the song.

“If I didn’t know better / I’d think you were talking to me now,” Swift sings in the lyric video, a montage of photos and videos of a young Swift and Finlay, who died in 2003.

Swift’s lucky number is 13, which means the 13th track is always a special one. (“Epiphany,” song No. 13 on “Folklore,” is dedicated to the singer’s grandfather.) In her letter to fans about “Evermore,” Swift mentions that her grandmother “still visits” her in her dreams.

‘Champagne Problems’ is about Swift and Joe Alwyn

Someone tell me they can hear the similarities between the bridge of champagne problems and lover? Also both connected to weddings? TAYLOR & JOE ARE ENGAGED IM CALLING IT.

Unlike “Marjorie,” this fan conjecture about “Champagne Problems” is a bit of a stretch. Largely because the emotional track was co-written by Swift’s boyfriend, actor Joe Alwyn, some think the lyrics are about their relationship.

In her “Evermore” note, however, Swift bills “Champagne Problems” — a somber tune about a rejected marriage proposal — as a story about “longtime college sweethearts” who had “very different plans for the same night, one to end it and one who brought a ring.”

Considering Swift never attended college, the Alwyn theory is all but debunked. But that hasn’t stopped a cadre of determined Swifties from speculating that the couple is now secretly engaged in real life.

Este lives on in our hearts, and we raise a 🍷 to her every Tuesday at Olive Garden.

More specifically, Este Haim. On Swift’s collaboration with California sister act Haim, “No Body, No Crime” — a thriller track about a woman named Este who may or may not have murdered her cheating husband — Swift sings that she and the eldest Haim sister “meet up every Tuesday night for dinner and a glass of wine” at — you guessed it — Olive Garden.

“Este wasn’t there Tuesday night at Olive Gardеn,” Swift sings in the second verse. “At her job or anywhere.”

In an Entertainment Weekly interview published Friday, Swift revealed, “I had finished the song and was nailing down some lyric details and texted [Este Haim], ‘You’re not going to understand this text for a few days but … which chain restaurant do you like best?’ … She chose Olive Garden and a few days later I sent her the song and asked if they would sing on it. It was an immediate ‘YES.’”

So there you have it: Este Haim is a confirmed Olive Garden fan. And according to the restaurant’s Twitter, the feeling is mutual.

“Este lives on in our hearts, and we raise a [glass] to her every Tuesday at Olive Garden,” the Olive Garden team — no doubt pleased with the free Swift publicity — tweeted upon the release of “Evermore.”

‘Dorothea’ is the new ‘Betty’ (and about Selena Gomez)

did i really spend all day making up a story about dorothea and betty best friends to in love to strangers, with fluff and a lot of angst and yearning that explains that dorothea is from betty’s pov and betty from dorothea’s? yea, yea i did. and i would do it again

Remember how a legion of Swifties were convinced that the “Folklore” track “Betty” — written from the perspective of a 17-year-old boy named James — was actually a love story between the title character and Swift?

Well, the latest LGBTQ+ anthem among Swift fans is “Dorothea,” the eighth track off “Evermore,” about a “girl who left her hometown to chase down Hollywood dreams” and later “comes back for the holidays and rediscovers an old flame,” according to Swift’s album explainer.

And some have even gone so far as to suggest that Betty and Dorothea are lovers. When asked about the “Betty” connection during a fan Q&A Thursday night, Swift explained that “there’s not a direct continuation of the betty/james/august storyline” but that “Dorothea went to the same school as Betty, James and Inez,” referencing other “Folklore” characters.

An alternate “Dorothea” theory making the rounds on Twitter is that Dorothea is actually based on Swift’s music peer and longtime friend Selena Gomez. One Twitter user, @selsrep, broke down the Gomez argument lyric by lyric in a lengthy thread:

He speculates that the lyric, “You got shiny friends since you left the town,” refers to Gomez’s other famous pals, such as model Gigi Hadid. As for the part that goes, “A tiny screen’s the only place I see you now,” he presented a screenshot of Gomez FaceTiming Swift during the former’s new HBO Max cooking show.

Many also believe that the name Dorothea is a reference to Gomez’s favorite movie, “The Wizard of Oz,” starring Judy Garland as Dorothy.

‘Coney Island’ is about Swift’s long list of ex-lovers

“Did I paint your bluest skies the darkest grey?”

There are also some Twitter threads dedicated to “Coney Island,” Swift’s collab with The National that contains lyrics supposedly referencing a bunch of the musician’s exes. It is the type of songwriting she’s best known for, after all.

Behold, the above Twitter investigation by @gdeimz connecting lyrics from “Coney Island” to lyrics from past songs about past lovers, including Jake Gyllenhaal, John Mayer, Calvin Harris and Harry Styles.

Another album is coming soon

You might want to sit down for this one. After Swift churned out not one but two complete albums in 2020, fans are now speculating that a third sister record, titled “Woodvale,” is on the way.

The proof? Eagle-eyed fans have noticed that the word “woodvale” is barely but clearly visible in key art from Swift’s “Folklore” photo shoot. And get this: So is the word “evermore.”

So, if you’ll excuse me, this entertainment reporter is off to prep a breaking news post on Swift’s next cottagecore masterpiece. 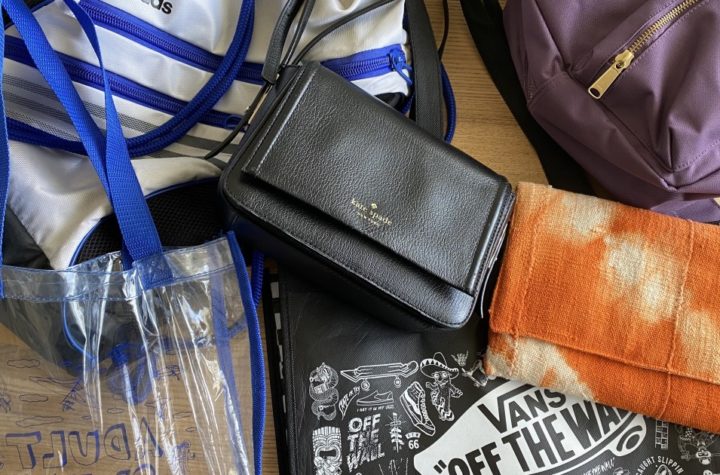 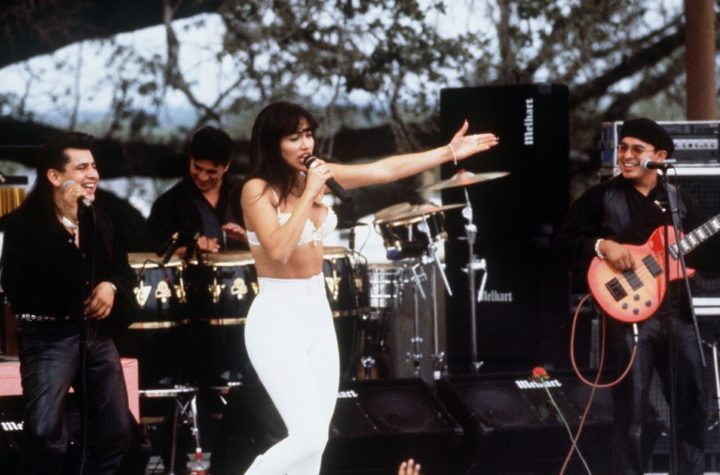 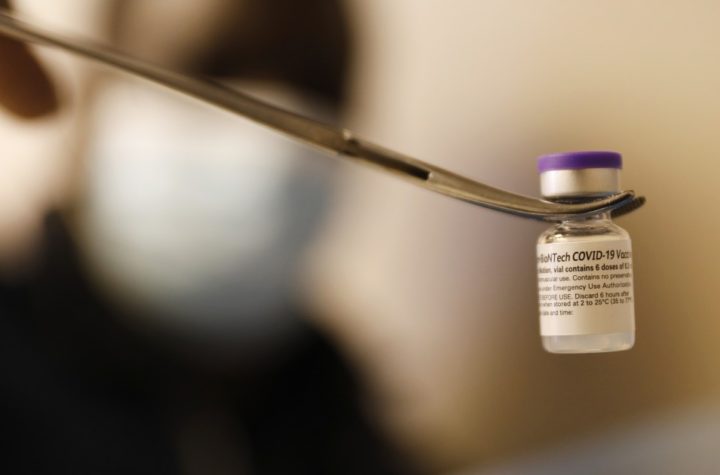 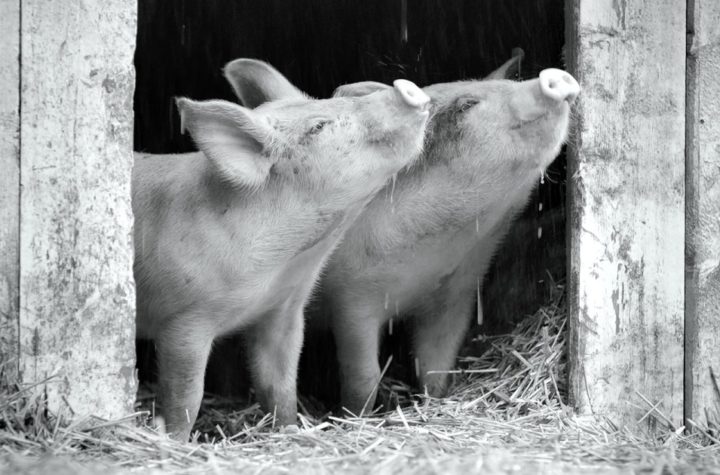