The California Senate voted to regulate warehouse performance metrics, approving the first legislation in the nation that will require companies such as Amazon to disclose productivity quotas at their logistics facilities, among other standards meant to make warehouse work safer.

AB 701, which faced fierce opposition from business interests, passed the Senate on a 26-11 vote. The proposal seeks to address safety concerns in Amazon fulfillment centers across the state, where workers experience high injury rates related to closely tracked productivity goals.

The bill will face a final “concurrence” vote in the Assembly, usually a procedural step, before heading to Gov. Gavin Newsom’s desk for signature.

“Today’s vote is a step forward in our efforts to empower warehouse workers to have a voice in their workplace, even when their supervisor is an algorithm,” Assembly member Lorena Gonzalez (D-San Diego), the bill’s author, said in a statement.

Caitlin Vega, a lobbyist who supported the bill, called the vote a “historic victory” for Amazon workers, with national implications because California often sets the precedent for other states with major legislative efforts.

Amazon didn’t immediately respond to a request for comment.

The California Chamber of Commerce, representing retailers and other industries, spent months lobbying against AB 701. It initially placed the bill on its “job killer” list, a tool relatively effective at hindering or killing legislation. But the chamber backed down and removed AB 701 from the list after proponents of the bill clarified or cut some of its provisions.

As amended, the bill would require warehouse employers such as Amazon to disclose productivity quotas for workers. It would prohibit any quota that prevents workers from taking state-mandated breaks or using the bathroom when needed, or that keeps employers from complying with health and safety laws.

In negotiations, backers of the bill agreed to cut a provision that would require Cal/OSHA, the state’s workplace safety agency, to create a rule that would help to minimize musculoskeletal injuries among warehouse workers.

“We gave up a good amount to get moderates to agree this was something we would all need,” said Sheheryar Kaoosji, executive director of the Warehouse Worker Resource Center, a foundation-funded nonprofit in Ontario that is backing AB 701. “We think it’s a really good bill, but injury rates indicate that there’s a lot we need to do to protect workers. This is a good first step, but we won’t rest until warehouses are much, much safer.”

The bill, if signed by the governor, would give current or former workers alleging illegal labor practices the ability to pursue injunctive relief. That means instead of simply suing a company to secure penalties or damages, workers who lost their jobs could file suit to try to reverse their termination.

Rachel Michelin, president of the California Retailers Assn., warned in a statement after the Wednesday vote that consumers will “pay the price” if AB 701 becomes law and increases manufacturing, storage and distribution costs.

The effort behind the bill came as Amazon has faced heightened scrutiny for its treatment of workers during the pandemic.

Labor advocates, including the Los Angeles County Federation of Labor and the International Brotherhood of Teamsters, also backed the legislation. The Teamsters union has been quietly laying the groundwork for such an effort over the last few years. It recently passed a resolution committing the union to providing “all resources necessary” for a nationwide push to organize hundreds of thousands of Amazon warehouse and delivery workers.

Newsom’s office declined to comment on whether the governor plans to sign or veto the bill if it lands on his desk. 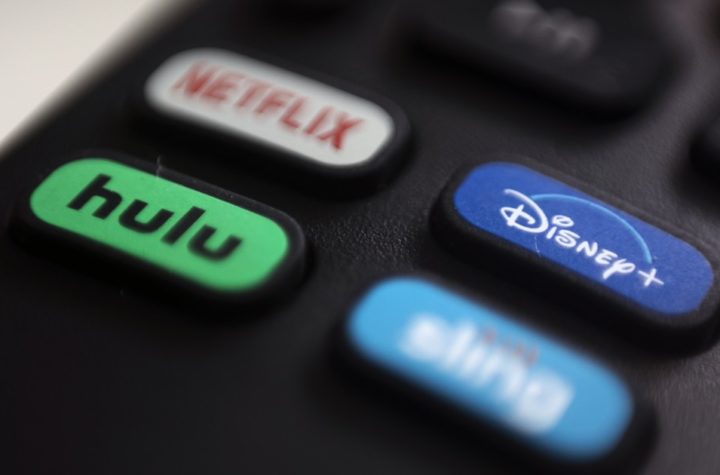 As Hulu prices rise, how much is too much for streaming?