“Cyberpunk 2077″ was always going to be hotly anticipated and highly debated. But now it’s a cautionary tale.

Since Keanu Reeves appeared last year at the Electronic Entertainment Expo to announce his participation in the title, excitement for the game has been at a level that greets a new Marvel film. And the fact that it would deal with topical subject matter — including arguably questionable looks at gender, race and politics — meant that fans and the media alike were eager to spend time with the game.

But the game is broken.

Sony on Thursday even took the drastic step of removing the game for the foreseeable future from its online store on PlayStation consoles. For those who have already bought the game, Sony is granting refunds. On Friday, Microsoft responded by offering fans a refund but is keeping the game available for sale on its Xbox consoles. The game’s developer, the fan-beloved CD Projekt Red, whose “The Witcher 3″ remains one of the most celebrated games of the just-completed console generation, has pledged to fix the game.

Updates that would place the game in a desirable state are weeks and potentially months away. The Warsaw, Poland-based CD Projekt Red stated that by February the game should have enough patches to run adequately on the PlayStation 4 and Xbox One. The game is not without issues on the new PlayStation 5 and Xbox Series X either (it has crashed on occasion for me on the former), but it works much better on the new hardware. Still, the new consoles, released just last month, are in short supply. For those playing on older consoles — the majority of gamers — “Cyberpunk 2077″ exists in a too-fragile state.

Imagine a film released in an incomplete state, with the studio expecting consumers to rewatch it in six months when it’s actually finished.

Sony in its statement Thursday said the company “strives to ensure a high level of customer satisfaction, therefore we will begin to offer a full refund for all gamers who have purchased ‘Cyberpunk 2077′ via PlayStation Store.” On Friday, Microsoft wrote, “To ensure that every player can get the experience they expect on Xbox, we will be expanding our existing refund policy to offer full refunds to anyone who purchased ‘Cyberpunk 2077′ digitally from the Microsoft Store.”

For much of the last week CD Projekt Red has been on an apology tour, even amid touting that the game received more than 8 million preorders. Media advances were given only on PCs, where those with high-end computers have experienced minimal issues. This may interest you : 2020 election: Twitter flags Trump tweets as misleading. But the game looks and feels considerably different on the PlayStation 4 and Xbox One, leading to questions about how the studio previewed the game, and if the project it touted was different from the one it would sell.

“We would like to start by apologizing to you for not showing the game on base last-gen consoles before it premiered and, in consequence, not allowing you to make a more informed decision about your purchase,” read a statement attributed to company’s executive team. “We should have paid more attention to making it play better on PlayStation 4 or Xbox One.”

Work-from-home constraints of the current COVID-19 pandemic are certainly presenting challenges across many industries, and “Cyberpunk 2077″ was subject to numerous delays during the last year. To make its ultimate Dec. 10 release date, the company admitted that some staffers would be forced to crunch, that is work something akin to an around-the-clock schedule to finish the game.

Though the game is in a playable state for those with the most powerful, most expensive PC technology, the decision to push through with a wide release of “Cyberpunk 2077″ simply heightens numerous questionable and unfortunate game industry tactics that have become the norm.

Chief among them: That it is OK to release a game in a near-finished state, knowing that in the coming months it would be a drastically different product.

Though it’s admirable that the game medium allows for constant updates, turning games into a livable work, this also takes fans for granted, believing they’ll still be there when the work is done. To oversimplify it, imagine a film released in an incomplete state, with the studio and the creative team simply expecting consumers to rewatch it in six months when it’s actually finished. 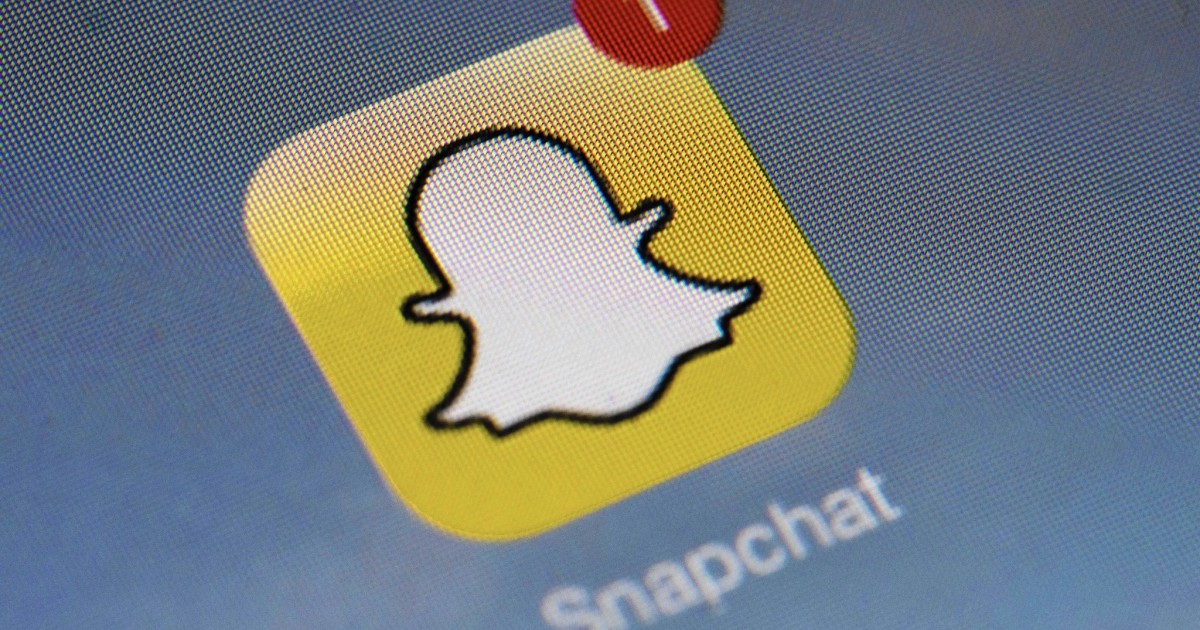 Games are a complex medium that stitches together art, technology and narrative components, all of them shifting based on the needs of the other elements and advancements in everything from computer power to game engine updates, not to mention user feedback.

There is the practice of releasing a game in so-called “early access,” providing a more transparent look at the development process. This year’s critically adored hack-and-slash game “Hades,” for instance, was available to purchase in a pre-release form for two years before it was properly finalized.

This can, however, deal a blow to any sort of publicity and marketing campaigns. The game industry is highly secretive, and often attempts to turn meaningless details such as the reveal of a character’s name into a news story. Early access destroys this careful build-up.

Additionally, when “Hades” came to the Nintendo Switch it may not have been seen as a brand “new” game. But also, by this point any underlying issues were worked out, and once people started playing the game word of mouth spread that “Hades” excitedly merged story and gameplay.

I personally avoid games released in early access. While it can be interesting to see how a game evolves, it simply makes more sense for me to wait until the game is at the state its developers want it. It’s safe to say “Cyberpunk 2077″ isn’t there. Thus, at this point, it would be recommended for console owners to not play “Cyberpunk 2077″ until its issues are smoothed out. The game that exists now will not be the same game that exists in a few months.

But the decision to rush “Cyberpunk 2077″ before the holidays also points to long-standing and underlying issues about how the mainstream industry views its entertainment. CD Projekt Red was aware of the game’s hiccups, even admitting that it failed to show how the title ran on the PlayStation 4 and Xbox One. For all the supposed big ideas about the future of our world that the game possesses, this is evidence the studio ultimately considered it little more than a product, one that was so hotly anticipated that consumers would overlook the fact that it was not ready for prime time.

While The Times was offered interviews with the CD Projekt Red team for a story that could run around the launch of the game, I’ve increasingly grown skeptical of doing game features before having the ability to play the game in my home. Game events or previews are often carefully tailored to show a fraction of the title that runs mostly fine in a stitched-together state, with public relations reps interrupting interviews anytime the conversation strays from the specific moment of the game that the company has deemed as safe to cover — often detailed in nondisclosure agreements that The Times isn’t allowed to sign.

Instead, not having access to a PC that could run the game, we confined our coverage to an interview with Reeves. The actor was certainly interested in the power of the interactive medium, and spoke with curiosity on how user choice allowed him to essentially play multiple versions of the same character.

Reeves himself hadn’t seen the finished version of the game at the time we talked — and he acknowledged he would need a more game-inclined friend to show it to him. His interest in the game seemed fueled in part by the success CD Projekt Red had with “The Witcher 3″ and in part to gain a better understanding of how games would impact all media.

“I don’t know where it’s going, but I know it’s going to be wacky,” he said. “It’s a good kind of puppeteering. Like, if I can play with the animation, I have more control.”

And yet it’s rare, as we just saw at the Game Awards this month, for a developer to be allowed to speak candidly about the art, the theories and the politics that inform every game. In such a climate, video games are handled with the cold precision of a new tech product rather than a work of entertainment. Thus, critical analysis around games is more vital than ever.

In turn, the legacy of “Cyberpunk 2077,” regardless of how it rebounds in 2021, will be that it is remembered as the work of a studio that disregarded the time its development team needed to finish the game — and in turn viewed its fans and the media with cynicism, even as it courted both with a product it specifically hyped as being politically edgy. It’s far from the first time this has happened, but rarely has it been done with such callousness. 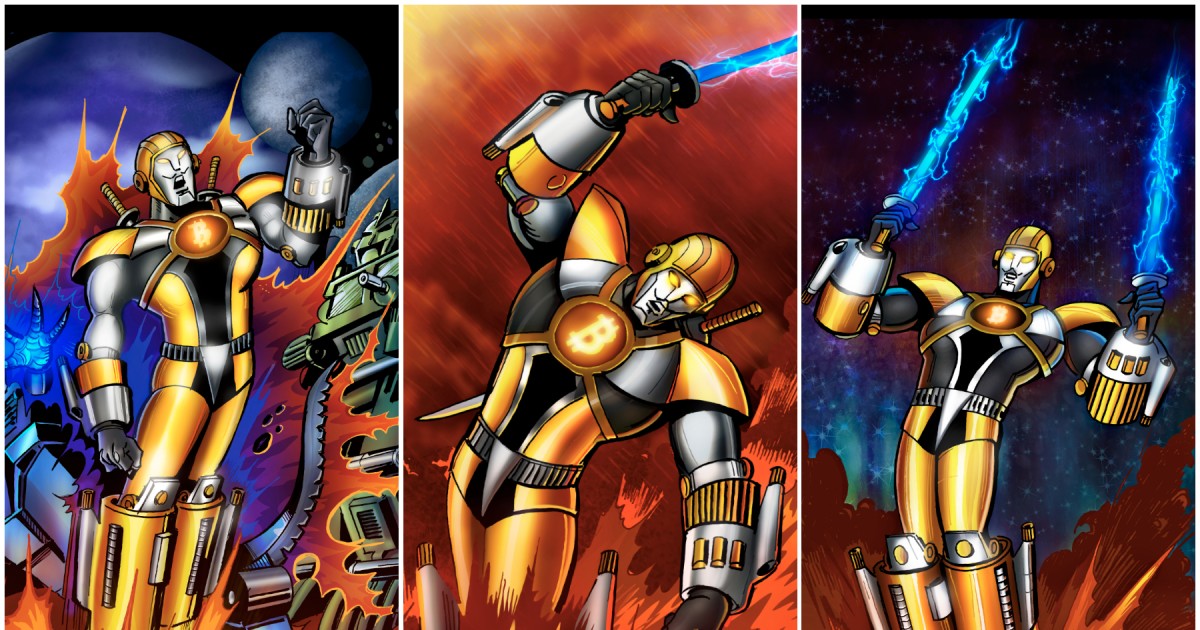 Read also :
What are NFTs? Who gets to sell them? The brewing IP battle
José Delbo’s days of drawing superheroes for Marvel and DC Comics ended…