Over the last decade, television has played a central role in shifting public understanding of transgender people, introducing us to transgender prison inmates, ballroom legends, professors and superheroes.

But none of these characters can quite compare to the late Liz Carmichael, a transgender woman, brash automobile entrepreneur and Ayn Rand-loving libertarian with purported mafia ties who is the subject of the HBO docuseries “The Lady and the Dale.”

Directed by Nick Cammilleri and Zackary Drucker, the four-part series, which concludes Sunday, paints a riveting portrait of Carmichael, who gained notoriety as the iconoclastic maker of a supposedly revolutionary three-wheeled car called the Dale — touted as the greatest vehicle since the Model T. At the height of the oil crisis, in the mid-1970s, Carmichael made grandiose claims that the vehicle could get 70 miles to the gallon and would upend the auto industry.

But in 1977 she was convicted on charges of fraud and conspiracy for bilking investors in her Twentieth Century Car Co. — merely one twist in a much-stranger-than-fiction life story that also involved a roadside flower business in Texas, an appearance on “Unsolved Mysteries,” plastic surgery, the FBI, Cuban gunrunners and political commentator Tucker Carlson’s dad.

Using archival video, interviews with family members and colleagues, animated photo-collage re-creations and expert commentary, “The Lady and the Dale” depicts Carmichael as a deeply flawed yet undeniably charismatic transgender pioneer — a true crime antihero who never sought to be a role model, yet inspired fierce devotion and radical acceptance from many who knew her. By allowing Carmichael to be so completely herself and rife with fascinating contradictions, the series represents something of a breakthrough in transgender representation on the small screen.

“As an artist, I’ve never been compelled by affirmational storytelling. I think it’s very restrictive. I don’t think that we can be full human beings if we’re not allowed to be flawed and make questionable decisions,” says Drucker, who was also a writer-producer on “Transparent.” When executive producers Mark and Jay Duplass first approached her about the project a few years ago, she was initially wary.

“The conflation of trans people with criminality is such a troubled trajectory, and it’s so deeply embedded in perceptions of transness” throughout history, she says. But Drucker, who is transgender, ultimately saw the value in getting to know Carmichael from a modern and (hopefully) more evolved perspective. “The Lady and the Dale” “feels to me like a conjuring in so many ways,” Drucker adds. “Liz’s story was told through such a transphobic lens in her day, from the 1970s into the aughts. There was a rectifying of justice that needed to happen.”

“The Lady and the Dale” exists thanks largely to a chance encounter with Carmichael: Late one night a decade ago, co-director Cammilleri was eating Chinese food and flipping through the channels at his grandmother’s house when he stumbled on a rerun of “Unsolved Mysteries” on Lifetime.

A segment of the reality series from 1989 homed in on Carmichael, who had skipped town in 1981 after exhausting her legal appeals in the fraud case and remained on the lam with her five kids in tow. As host Robert Stack intoned using his famous gravely voice — and language that would make many contemporary viewers cringe — Carmichael “was not what she seemed… she was really a man.”

“I thought it was the greatest story I’d ever heard,” Cammilleri recalls. “I thought she was riveting. [At that point] I had watched about a decade of white male antiheroes, like Tony Soprano, Vic Mackey, Walter White. I saw her and I was like, she’s the most incredible antihero I’ve ever seen — she’s an entrepreneur and a mother of five but also a career criminal.”

Cammilleri was desperate to learn more about Carmichael, but had little to go on other than a few dusty news articles. The aspiring screenwriter soon fell down an all-consuming rabbit hole. He spent years gathering whatever material he could find related to the Dale using eBay searches and Google news alerts. He dug up archival video, manuscripts and photographs; financed reporting trips with settlements from car accidents; and borrowed cameras to record interviews. He started by trying to understand all he could about the Dale, then tried to get a fuller picture of Carmichael — working from the outside in, as he puts it.

As he learned more about Carmichael, Cammilleri came to believe that “the very act of survival is actual heroism,” especially for a transgender woman in the limelight.

Eventually he was able to assemble several hours of footage and pitch the project to the Duplass brothers, who quickly said yes and enlisted Drucker as a co-director.

With input from transgender consultants including Precious Brady-Davis and academic Susan Stryker, who appears throughout “The Lady and the Dale,” Drucker helped bring focus to the unwieldy narrative of Carmichael’s life by connecting her experiences to a broader history of transgender people.

Stryker, a leading expert in transgender history, knew about Carmichael but did not, initially, consider her an especially significant historical figure. Working on “The Lady and the Dale” helped shift that perspective. “Besides just telling a rip-roaring yarn, the series found a place of compassion towards Liz’s complexity, and it does a lot of really important pedagogical work in teaching a broad audience how to engage with trans stories in a more sophisticated and nuanced way,” she says.

Though it’s largely set in the ‘70s and ‘80s, “The Lady and the Dale” taps into a contemporary appetite for true crime stories about scam artists and swindlers. It’s almost impossible to watch Carmichael — a woman in a male-dominated industry who shrewdly leveraged media interest in her gender for publicity — and not be reminded of Theranos founder Elizabeth Holmes.

But it also takes a critical look at how Carmichael was treated by the press as a transgender woman in a high-profile trial. Many in the media at the time viewed Carmichael’s gender identity as evidence of a criminal penchant for deception. Her company collapsed in part because of an obsessive investigation spearheaded by KABC-TV reporter Dick Carlson, who began to look into Carmichael because he thought she was transgender and ultimately produced dozens of stories about her and the Dale. (Carlson, who appears in the documentary, also played a role in outing transgender tennis player Renee Richards during the same period.)

“You think that what you’re seeing is a story about a trans person, but what you’re really seeing is a journalist with a platform to propagate their prejudice,” Stryker says. “The thing that keeps getting hammered home in the series is that trans people have always been very useful for selling newspapers and TV ads. Here’s this easily exploitable, low-hanging fruit. Look at this person who’s admittedly complicated, but whose life is being made more difficult than it needs to be because of media exposure.” (The Times also covered the case extensively. One story ran with the headline, “It Boggles the Mind: Woman Hunted in Stock Scheme Is Really a Man.”)

Ironically, as Drucker notes, Carmichael was wary of government intrusion and later in life identified strongly with survivors of the siege at Waco, Texas. “I think when Dick Carlson watches this — when a lot of people watch this — they will realize that ideologically, they’re not that different than Liz, and that actually her transness is not this mitigating factor that makes them different.”

Still, Carmichael, if not exactly a banner-waving activist, legally established her trans identity in court when she was granted approval to wear “female” attire — a small measure of progress at the time. And decades before it was on anyone’s radar, she called attention to the plight of transgender people in prison. In “The Lady and the Dale,” we hear excerpts of poignant, funny letters that Carmichael, then incarcerated in a men’s prison and concerned about her physical well-being, wrote to one of her many loyal family members. Drucker describes reading this correspondence as “an inflection point” in her understanding of her subject’s psyche.

“Her internal space had been mysterious to us. And finally, those letters cracked open a slice of her most vulnerable moments, like being alone in prison,” she says. “And that hit me like a ton of bricks.”

‘The Lady and the Dale’

Where: HBO Max
When: Any time
Rating: TV-14 (may be unsuitable for children under the age of 14) 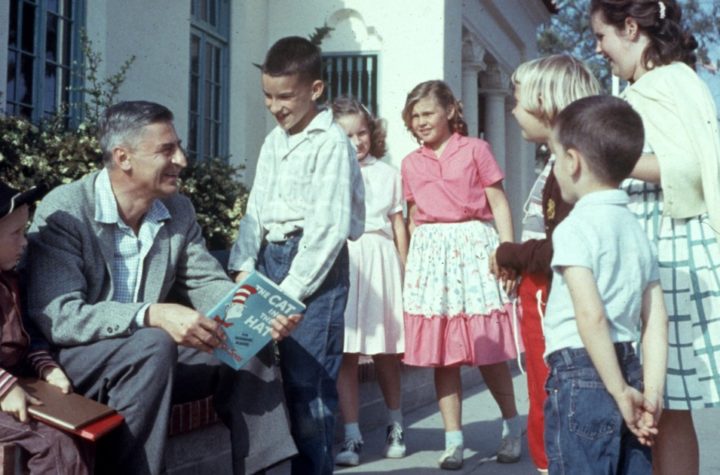