Doctors take a microscopic craft loaded with cancer-killing chemicals, inject it into the human body, and drive it to a malignant tumor to deliver its payload before making a quick exit.

For most of the 55 years since “Fantastic Voyage” shrank Raquel Welch and company down to the size of a cell to zap a blood clot out of a scientist’s brain, that scenario has been pure science fiction.

But Bionaut Labs, a remote-control medical microrobot start-up, intends to be the first company to make it a clinical reality.

Backed by $20 million in venture capital funding and building off recent advances in robotics and precision manufacturing, the Culver City company is developing a device the size of a breadcrumb that doctors can insert into the spine or skull and magnetically steer to a target to deliver a precise dose of drugs. The plan is to move to clinical trials by 2023.

Michael Shpigelmacher, Bionaut’s chief executive, said that he and his co-founder, Aviad Maizels, created the company in 2016 to tackle a fundamental problem of modern medicine: getting a drug to the right place in the right dose.

Most drug delivery today is based on diffusion through the bloodstream, which requires high doses to make sure that enough of the active ingredients makes it to the target — and often means that the rest of the body gets hit at the same time. “It’s very statistical in nature and not precise,” Shpigelmacher said. “We wanted to just figure out a way to get there,” to the problem area, “instead of flooding a body with therapeutics.”

Shpigelmacher and Maizels worked together in the mid-2000s at PrimeSense, a 3-D sensing start-up that built the Xbox Kinect before being acquired by Apple in 2013, and stayed in touch as their mutual interest in the emerging field of medical microrobots grew. They zeroed in on research coming out of the Max Planck Institute for Intelligent Systems in Stuttgart, Germany, and approached the lab’s leader, a scientist named Peer Fischer, about collaborating on something they could bring to market.

Fischer became Bionaut’s senior scientific advisor, and the company started funding his research, before raising multiple rounds of venture capital from Upfront Ventures, Khosla Ventures and Revolution, among others, to hire a small team and begin testing the technology in living animals at its Culver City office. After four years, Shpigelmacher said, the company is ready to refine its technique and prepare for human trials.

Bionaut is targeting brain stem gliomas, a type of cancer that largely affects children and young adults, as a first step for proving its tech. Brain tumors are particularly difficult to treat with current technology: Radiation and surgery can cause too much damage to the delicate tissue, and the blood-brain barrier stops most chemotherapy drugs from reaching the tumor. Being able to deliver drugs right into the tumor itself would be a significant advance.

Here’s how it works: A doctor inserts a handful of Bionaut devices into the spinal column through a catheter. Each device is large enough to be clearly visible on a live X-ray; the manufacturing technology exists to make the devices even smaller, but Bionaut chose to keep them close to the millimeter scale in order to make them less difficult to track and maneuver through the body.

A set of magnets positioned around the head and neck generates an external magnetic field that the doctor can control to prod the devices up the spinal column and into the affected area of the brainstem. Once they’re in the right position, another magnetic signal activates a tiny plunger in each device’s cargo bay, ejecting the drug. Then, the doctor can drive the devices back to where they entered the spine and remove them.

Research into the science underlying Bionaut’s technology began decades ago but accelerated in recent years.

“There are articles from the ‘80s where a person takes a large screw — I’m literally talking about a big screw that you’d put in your wall — and controls it magnetically to move through a piece of steak,” Shpigelmacher said. “That was not safe, but the concept was there.”

Now the field of precision manufacturing has advanced to the point that tiny medical devices can be mass-produced through a network of suppliers, in a manner similar to other consumer electronics. “It’s key that we’re not reinventing the wheel here,” Shpigelmacher noted.

Jinxing Li, an assistant professor of biomedical engineering at Michigan State University who works on medical microrobotics, called Fischer’s team at Max Planck “one of the pioneers in the technology.” Li said he expects Bionaut will have a number of new competitors in the coming years, as microrobots are incorporated in an increasing number of medical procedures.

Marc Miskin, an assistant professor of electrical engineering at the University of Pennsylvania who works on nanorobots, said the nervous system is particularly well suited for microrobotic interventions. “I would give them a lot of credit for figuring out a space where they can make an impact and justify how they’ll be competitive with traditional pharmaceutical approaches,” he said.

Some minimally invasive techniques for brain surgery already rely on snaking slender endoscopes and surgical instruments up through the spinal column to reach the skull. “Getting rid of the cord is a great idea” if you can pull it off, Miskin said. “You should absolutely do it.”

Bionaut is also collaborating with outside researchers who are trying to develop a pharmacological treatment for Huntington’s disease, which affects a set of neurons buried deep in the brain called the basal ganglia. The Bionaut system not only would allow surgeons to avoid cutting open the skull to reach the target area but also could enable them to use less damaging angles of approach through the gray matter that would be impossible without a wireless instrument. “We are freeing them physically from the straight-line requirements that they have to adhere to today,” Shpigelmacher said.

The next hurdle for Bionaut is the clinical trial process. While medical devices typically go through a streamlined approval process, Bionaut’s combination of new technique with drug delivery means that it must go through the full Food and Drug Administration regimen. The majority of new drugs seeking approval from the FDA fail along the way, with success rates varying widely among applications, according to a recent study out of MIT, from 33% for new vaccines for infectious diseases down to just 3.4% for experimental cancer drugs.

Bionaut is targeting brainstem gliomas first in part to increase those odds. “It’s a rare disease, there is no current cure, and they’re delivering proven and approved chemo payloads that kill tumor cells,” said Kevin Zhang, a partner at Upfront Ventures who led the fund’s investment in Bionaut. Treatments targeting rare conditions can apply for “orphan” status with the FDA, which provides tax benefits and streamlines the regulatory process. “The best way to improve your odds, other than having a good solution,” Zhang said, “is to pick the right problem to go after with high unmet needs.”

If the glioma treatment makes it through clinical trials, the plan is to expand the technology to other central nervous system conditions and other areas that are difficult to target with drugs, such as inside the eye. Moving into the rest of the body is further out on the horizon.

But putting serious money behind the approach to bring it out from the lab and into operating rooms is the first step. When Shpigelmacher first approached investors about the idea that would become Bionaut, most pushed back, urging him to wait for academic researchers to refine the science. To Shpigelmacher, commercialization was the way to “get to patients sooner than it would have otherwise,” he said. “Not at the pace of academia.” 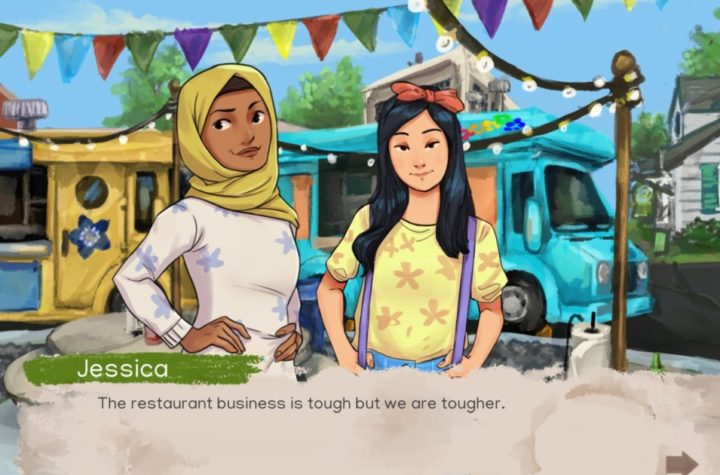 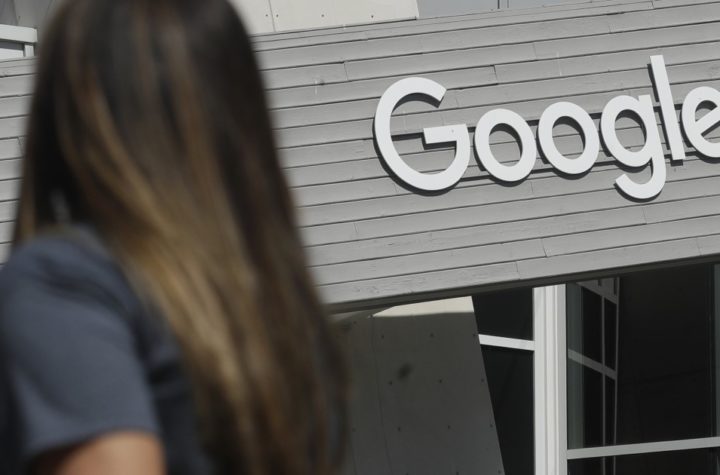 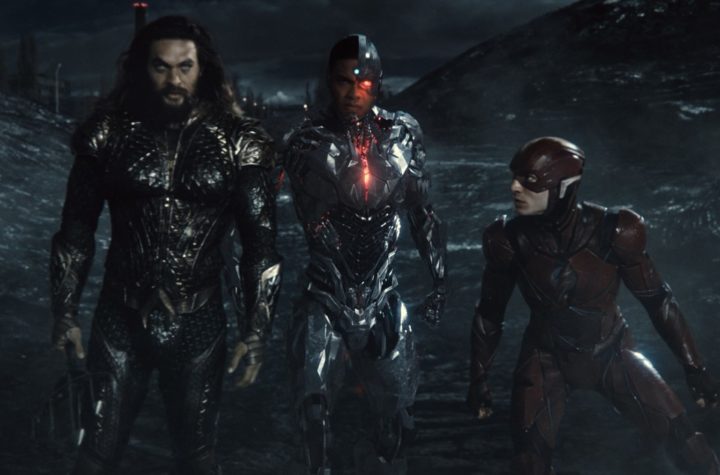 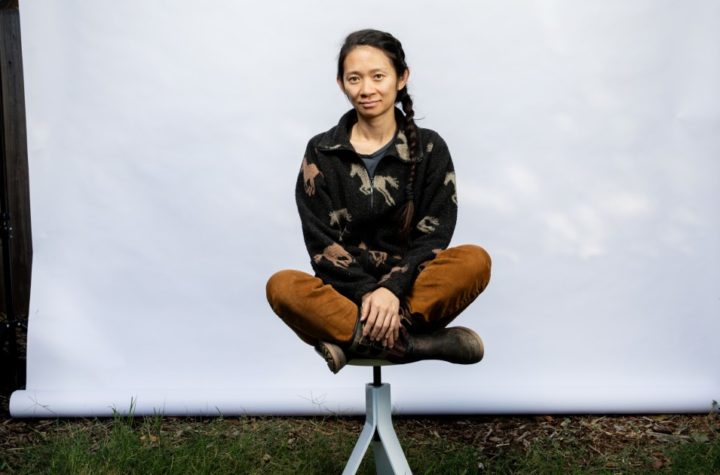