José Delbo’s days of drawing superheroes for Marvel and DC Comics ended decades ago, and when COVID-19 shut down comic conventions last year, the 87-year-old got cut off from the fans who bought his artwork too. Like many older Americans, he seemed isolated and lonely in his Miami apartment, his family says, as he sheltered from the pandemic.

Then his grandson introduced him to a new technology called NFTs, which some artists have been using to sell their digital works online.

NFTs, or nonfungible tokens, are unique pieces of code that work like electronic certificates of authenticity. NFTs make it possible to buy and sell things like JPEGs of Major League Baseball cards, video clips of NBA highlights, virtual sneakers or even an NFT “flavor” of Pringles crisps using cryptocurrency. Think of it as an electronic deed for an electronic house.

Serious comics fans have spent hundreds or thousands of dollars for Delbo’s superheroes drawn on paper, so why not try the same thing online with NFTs?

The experiment paid off. This spring, as the rest of the world was scrambling to understand the NFT phenomenon, fans paid the equivalent of nearly $2 million for a set of NFTs by Delbo and the two-person artist team Hackatao featuring DC Comics character Wonder Woman.

“I have been able to take my art to a whole new place,” Delbo said on Twitter of his late-career pivot. Delbo’s latest drop, featuring a new, original hero, netted more than $1 million.

Comic artists dreaming of similar NFT paydays may not be so lucky. Especially if their images include highly profitable intellectual property controlled by DC Comics, Marvel or other studios. As the initial thrill of this spring’s NFT craze recedes, the new technology has started exposing age-old tensions between rank-and-file creatives and powerful entertainment corporations over who gets to prosper from a new market. In the comic book industry, that’s not been a fight that many artists win.

Shortly after Delbo’s sale, DC — which like Marvel long has allowed artists to sell original ink-and-paper drawings used in comic books — sent a notice to artists forbidding the minting of NFTs with DC characters.

“As DC examines the complexities of the NFT marketplace and we work on a reasonable and fair solution for all parties involved, including fans and collectors, please note that the offering for sale of any digital images featuring DC’s intellectual property with or without NFTs, whether rendered for DC’s publications or rendered outside the scope of one’s contractual engagement with DC, is not permitted,” said the letter from Jay Kogan, DC’s senior vice president for legal affairs.

Marvel sent a similar notice after artists auctioned NFTs of their original artwork of Marvel characters.

The warnings landed heavily in an industry where crossing Marvel or DC can hobble an artist’s ability to work on high-profile projects.

Popular comic artist Kode Abdo, known as BossLogic, canceled an NFT drop for art themed on the movie “Zack Snyder’s Justice League” after DC became concerned that “NFT projects have made substantial revenues without permission or consideration for studio IP,” he wrote on Instagram.

Jason Schachter, a comic art dealer whose NFT sale of current Marvel artists’ NFT art is thought to have prompted the company’s crackdown, said both Marvel and DC had written letters “asking us to put a pause on selling any NFTs with their licensed properties.”

“It’s not in our best interests to bite the hand that feeds us,” said Schachter, who halted NFT sales to maintain what he says have been good relationships with Marvel and DC. Marvel and DC declined to comment for this story.

Buyers also face risks. Rarible, the online marketplace built around the Ethereum cryptocurrency, recently told artist Mike Deodato that Marvel had issued a Digital Millennium Copyright Act takedown notice against Deodato’s NFT of his December 2008 cover of “The Amazing Spider-Man Family.” Deodato had already sold the NFT for the crypto equivalent of $5,500.

After the legal threat, Rarible barred the buyer’s ability to view or sell the art he now owns on the blockchain, a decentralized digital network that tracks ownership. The buyer simply logged in one day and could no longer see his purchase in his crypto wallet through the Rarible website, though it is still visible through other crypto exchanges.

“The value of any asset is partly contingent on your ability to access a market, to sell it if the need arose, and convert it to some other monetary value,” said the buyer, whose name on Rarible is Brojito. Brojito revealed his identity to The Times but asked not to have his name published, because linking his real name with his crypto wallet would mean that anyone on the internet could see all of his assets and purchases at any time, for all time, due to the transparent nature of the blockchain.

A Rarible spokesperson declined to comment on the takedown but in a statement said, “Rarible respects intellectual property rights, and we have procedures in place to follow the requirements of United States copyright law.”

Brojito isn’t a pump-and-dump speculator, like some buyers in the NFT space; he’s a collector and a Marvel superfan. “I value them for the IP they hold and the characters and stories they have developed over the years,” Brojito said of Marvel. “Whatever they release in the MCU [Marvel Cinematic Universe], I will consume it. I’m a fan. They have me. … But in this specific area of the tension between the creators and the IP holders, that’s where it gets more hazy.”

DC and Marvel have made billions and dominated the comics world by protecting their rights to characters like Batman and Wolverine, marketing the images to millions of fans through comics and movies as well as toys, T-shirts and video games. Those projects, however, are made possible by an army of artists — many of them contractors who don’t receive health benefits and have struggled for decades for greater recognition and creative rights.

“It’s tough to make a living doing comic book art,” said Jimmy Palmiotti, a comic publisher, writer and artist who has worked for Marvel and DC Comics. “There’s no union. There’s no retirement. There’s no parachute. You have to constantly hustle. The companies know there’s a ton of talent all over the world willing to draw comics for next to nothing, and they’re willing to take advantage of it.”

As the first Superman movie began development in the 1970s, it was revealed that the Man of Steel’s creators from the 1930s, Jerry Siegel and Joe Shuster, did not initially stand to cash in from the comic industry’s expansion into a lucrative new market. Industry activism in that era resulted in artists winning the ability to sell their finished pages to fans as collectibles after the publishers put out the comic book.

Some Marvel and DC artist contracts appear to strictly limit even those rights, according to recent agreements reviewed by The Times. One contract said the original “physical” (not digital) art remained the property of Marvel, “but shall be returned to Talent as a courtesy” and allowed to be sold according to Marvel’s art-return policy, “as determined from time to time by Marvel.” Translation: Marvel makes the rules.

DC’s legal rights, asserted in one artist’s contract, appeared to be even more sweeping. While paper original sales are allowed, the artist otherwise assigns ownership of thecomic art to DC “and all other rights to exploit the Work in all media now known or hereafter devised, throughout the universe, in perpetuity.”

Many fans may not realize that these labor arrangements are why some comic book artists illustrate covers and major inside “splash” pages on paper, while producing less-important pages digitally. Digital art often can be easier to produce, but paper pages can be sold to collectors once the publishers are done with them. That’s why Batman might get drawn on paper while his butler, Alfred, might get drawn on a screen.

But as more comic artists’ work migrates onto the digital space, some worry this creative right from the print era might disappear.

“Think of the ‘Avengers’ movies. You just can’t even contemplate the amount of money that gets made on those things, and they want to cut out an artist from making money on his original art? It just doesn’t make any sense,” said Neal Adams, a longtime comics artist. “In a business where they’re already making billions of dollars, this is chicken feed.”

Previous conflicts over creative rights have led to ruptures — including the Marvel artist exodus in the 1990s that spawned Image Comics, a publisher at which artists retain the rights to their characters. Asked about its NFT policy, an Image spokesperson responded, “Image Comics is a creator-owned company, so all the creators we work with retain their rights and are free to do what they want with their original artwork.” Other smaller publishers have also allowed artists to mint NFTs of their original work.

Jeremy S. Goldman, an intellectual property and NFT attorney, said that even unauthorized fan art can be a net benefit for big IP holders.

“People are buying Wonder Woman fan art because they love Wonder Woman. That’s DC Comics’ dream,” he said. But when it comes to NFTs, “they haven’t gotten into the space yet, and the fans are getting in front of them. They’re trying to put the genie back in the bottle and build the ship while they’re on the ocean already.”

Raisa Crespo, 31, bought one of Delbo’s animated drawings featuring Wonder Woman for $2,999. It wasn’t one of the artist’s original pen-and-ink covers from the 1970s and ‘80s — which have reached similar prices in traditional auctions — but brand-new digital art, one in a series of 129 identical digital prints.

She can’t display the digital art in her home, but “I definitely have downloaded it and I have shared it with friends who are big superhero buffs, and I tried to explain it to them to get them more interested.”

She also quickly put the piece back up for sale for more than $14,000. It’s still for sale. 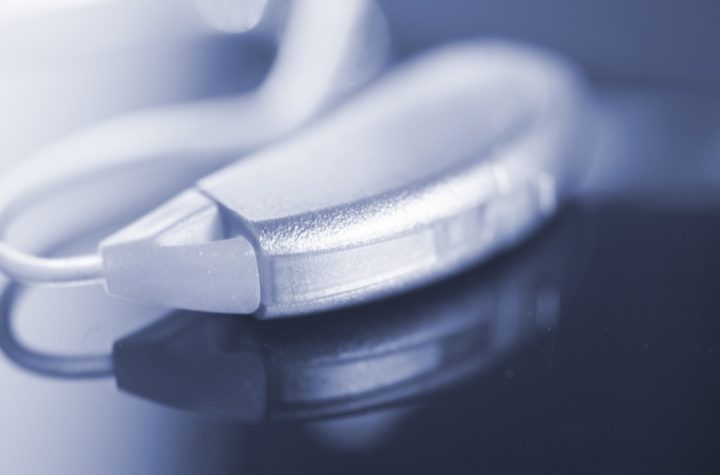 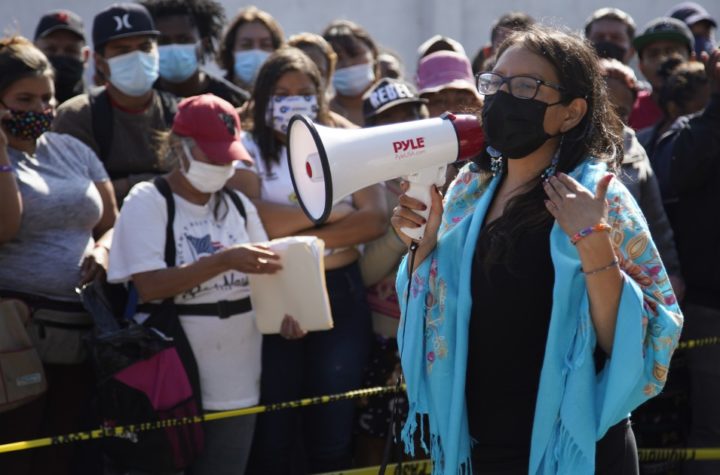